A bunch of jokes that aren't very funny. 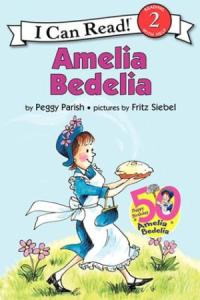 Amelia Bedelia is a new housekeeper. Her bosses give her a list of things to do, tell her to follow it exactly, and then take off. She misinterprets everything on the list, cutting the towels into pieces and covering the furniture with makeup, but since she also baked a delicious pie, her bosses forgive her.

I feel like it could have been illustrated better. The illustrations are kind of sub par. Some of the wordplay is interesting; some of it's not. I don't think kids would think of “trimming” as putting ribbons and stuff on something, like you trim a dress, I guess? Maybe it's just dated.

I've heard people say maybe Amelia Bedelia is autistic, but she comes off more like a foreigner. Maybe she doesn't know the language that well. That's something kids might actually encounter: people who don't know one meaning of a word but know another.

Be specific. Or, if you make good pie, people will forgive anything else.