Are We There Yet? A Journey Around Australia 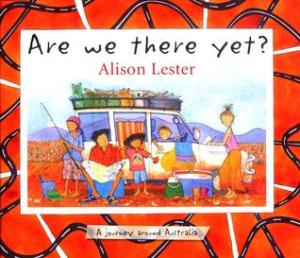 No real point. It's a descriptive thing. It's just a little girl telling the story of a trip around mostly the coast of Australia. It's pretty long. It's kind of like somebody telling you about their vacation. It's a little more interesting than that, because you sort of get to see some of it through a little kid's eyes. But it reminds me of when my parents want to show me the slides of their vacation. No thanks, Mom. No thanks, Dad. It's not nearly as interesting to me as it was to you. I guess it's based on her real-life travels, but I'm not sure whether she was a child or an adult at the time.