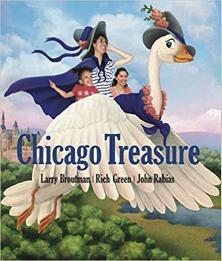 This review is at the request of the book distributor. I received a physical copy of the book in exchange for my review.

When I got the email requesting a review for this book, the brief summary had me guessing I was going to enjoy it about as much as reading a high school yearbook from a city I've never been to with photos of nobody I knew. That was about right, with the added experiences of confusion, annoyance, and mild concern for the authors' legal well-being. Also, it was way longer than I expected (168 pages).

I want to say that I respect this effort. I really do. But this is the fourth book by Broutman, and by now I would have thought he would have gotten some feedback on certain things.

It's unclear who wrote the poetry scattered throughout the first section (possibly Broutman, Green, or "book designer and poet" Carol Haralson), but I'm not a fan. The meter gets pretty awkward, and some of the rhymes are forced. "With fairy dust from Tinkerbelle [sic]/and a demo from Peter Pan,/Wendy and her brothers/flew off to Neverland." Or, "Mary had a little lamb/who followed her to school./The lamb quickly learned her ABC's/and everyone thought she was cool." And there seems to be no rhyme or reason to which images are accompanied by a poem and which are accompanied by fanciful newspaper articles about the characters. Almost all of the stories have been retold so there's no possibility of an unhappy ending. For example, "Hansel and Gretel" involves the children being lost in the woods that they were camping in, discovering a candy house but taking "only one cookie to share between them" because they were hungry but knew "it was not right to steal", and trying "to trade Gretel's fine boots for the cookie". The owner of the house takes pity on them and returns them to their parents, who helped her "turn her gingerbread house into a.... museum" and goes on vacation with the family to Disney World. In their version of The Three Little Pigs, an older and wiser wolf has become a firefighter, now saying, "I'll huff and I'll puff and I'll blow the fire out." Which of course would be likely to just spread a fire (that's why we use bellows) but, hey, talking pigs and wolves. It also bugs me that Green drew the golden goose from Jack and the Beanstalk as a chicken. Why a chicken? Couldn't he find a goose for reference?

A strikingly large number of Green's illustrations are copyright-infringing, unless permission was acquired somewhere behind the scenes. Most of the offending images are like the one for Alice in Wonderland: the story and characters are in the public domain, but for some baffling reason, Green has decided to illustrate them unambiguously like the characters in the Disney cartoon. The hatter in green. The Cheshire Cat as with pink and purple stripes. Alice, the photographed child, is dressed in blue and white. Aladdin, another public-domain story, has a blue genie that bears an unmistakeable resemblance to the Disney character. Why on earth did they choose to have Green do this? Those characters could have easily been as generic as their image of the Little Mermaid or Sleeping Beauty. Or they could have vaguely hinted at the Disney version, like their Princess and the Frog, where the background is clearly a bayou like the movie and the photographed child is wearing yellow, but otherwise no specific characters are included.

Some of the chosen characters and stories are not even in public domain yet. Mary Poppins. Little Orphan Annie. Popeye. And, strikingly, Harry Potter. Did they run out of public domain characters? What happened here? Did they just decide that since all the author proceeds from the book are donated to The Chicago Lighthouse and Access Living that nobody would care? I care. Not only do I not know any of the photographed children, using others' work like Harry Potter in the middle of all the folk tales and nursery rhymes makes everything feel both lazy and suspicious at the same time.

And the second section absolutely includes some more modern, copyrighted artwork, such as some Norman Rockwell paintings and Edward Hopper's famous "Nighthawks" from 1942. Did they get permission to reproduce these? It makes me wonder whether Broutman actually took all the photos involved in the third section. Photos of children, probably, given that they needed to be posed. What about the Chicago photos? Was he on the field with the Chicago Bears? What about the animals? Did he take those photos? There's no credit given anywhere. And in the photos containing people around Chicago, such as the one of the parade and the photo of the statue of Marilyn Monroe, did they get model releases for all of those people? I published a book myself. Copyright is a complicated business, especially when you're up against the line of public domain. And this book dances over it like it's not even there.

This book needs a legal expert, and an editor. "Santa let me hold the reigns" indeed. And Rabias, the one in charge of "digital effects", needs someone to tell him which pictures actually need the inserted children to have shadows, and also someone needs to tell him how shadows work, as he seems sadly misinformed. Unlike their depiction in the image where the child and the penguins visit The Chicago Theater, shadows are not additive when they overlap, nor do they have crisp edges on rough-textured asphalt. They also bend when they go over sidewalk curbs, and should be cast on neighboring penguins as well as the street beneath them. In section 1, the illustrations were presumably created after the photographs, and it shows because they match in lighting direction, color cast, and brightness. But in section 2 and 3, the children often look woefully out of place. The intro states that Rabias is a Photoshop instructor at the School of the Art Institute of Chicago, but his work in this book frankly looks amateur. Maybe he's a talented graphic artist, but this feels slapdash, like he was just doing enough to get by. Like he would rather be doing something else (not that I blame him, but if you're going to do something like this, which requires a great deal of work, and will have your name on it, why not do your best?).

The whole thing ends on a fittingly non sequitur note, a dedication and maudlin poem to Larry's deceased dog. It's a book that can't make up its mind about what to be, so instead of doing one thing well, it does a multitude of things perfunctorily. I have no doubt that Larry Broutman poured his heart and soul into this; I just doubt the committment of some of the others involved. And someone needs to tell him things like, "No, we can't include Harry Potter," "Let's not use Mrs. Potts, Chip, Cogsworth, and Lumiere in the Beauty and the Beast image and text", or "Sure, it's in the public domain, but maybe we shouldn't do an illustration of the story of Little Black Sambo, even if we call him 'Little Sam.'" People are going to notice. I noticed.

I could go on (and probably have gone on longer than anyone cares, or the distributor who sent this to me would have preferred, but, hey, my contact form does say I'm going to be honest). There are so many little things that bother me with this book, but it all boils down to this: there's no bad message. I reserve my bad ratings for bad messages. But I feel like so many people involved in this book dropped the ball, and it's so shiny and full of itself that it needs something other than a "meh" rating. So it gets to join the only other "poor" rating, Jim Carrey's "How Roland Rolls." And I kind of feel bad for Larry Broutman, who is in serious need of some more supportive people in his life, like people who aren't afraid to give him constructive criticism. (Although maybe I'm giving him too much credit, and he's already had the criticism but ignored it.)

If you're a fan of Chicago, children, and halfhearted photo manipulation, Everything Goes Media would like you to know that you can get 15% off your entire order at https://www.everythinggoesmedia.com/product-page/chicago-treasure by using the coupon code CTBLOG15. But if you're just interested in helping out visually impaired children, I suggest you make a donation directly to your charity of choice.