Houses from the Sea

My shells, let me show you them. 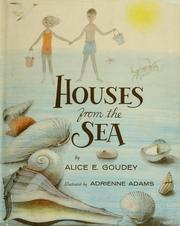 This is a very wordy prose poetry book about shells. I know that as a child, I used to go to the beach and enjoy collecting shells, but I did not know anywhere near this much about them. This little boy's first name should be "Exposition." They collect a bunch of shells. It talks about the different colors of them, and the different names for all the shells. There's a slightly racist picture of some Chinese people, and another slightly racist picture of a Native American.

One of the unrealistic things about this book is that every single shell that the children find, with the exception of of a hermit crab that's walking by, is empty. And undamaged. I know as a child I picked up quite a few shells that had creatures living in them, unknown to me, killing the animal in the process. They start to smell after a while.

These kids are collecting shells. The illustrations are pretty. They're kind of pastel, but they remind me of art that was done before the Renaissance. There's no concept of a vanishing point or perspective in the majority of the images. The characters are very flat, with not enough shading. Making them look almost like Egyptian tomb paintings. A strange stylistic choice.

There's an author's note at the beginning, and at the end there's a bunch of text on how shells are made. This book can't make up its mind whether it wants to be poetic or complete nonfiction, and as a result it fails at doing either.

Shells are the most amazing things ever.