Why doesn't anyone make interesting board books? 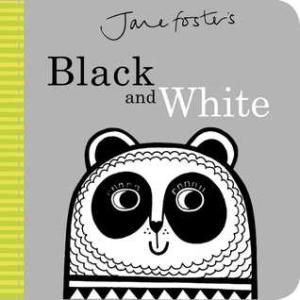 There's not much to it. It's just a list of animals and objects, like a black and white panda, a mooing cow, a snow leopard, and a happy little penguin. Most of the creatures are patterned in like ways they wouldn't actually be in real life, like the penguin is not solid black and white, but has triangles tessellated all over its torso, which is really weird. These are strange animals. I guess it's just supposed to be patterns for babies to look at, and I don't even know what the baby would get out of this other than being hypnotized by the patterns. There's no story, just a list.

I'm not surprised to find that the artist is a textile designer because they look like patterns that you would make into clothing or curtains or something. They look more like curtains than anything else. So it's a pretty standard, run-of-the-mill list book. Adjectives, lots of present tense verbs, and nouns, like "splashing whale." None of the animals are really doing anything terribly active. The cow doesn't even look like it's mooing. It's just sitting there. It's not really in the act of mooing. I guess this could technically teach babies things, but I've also seen toys that are covered with black-and-white patterns, and I think a baby would find that exactly as interesting as this book. So the words are superfluous, and that's not really a book to me.