Dads are too busy to be good people. 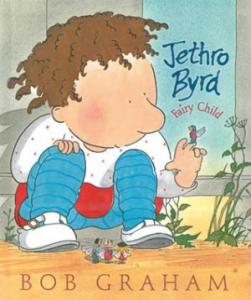 I wanted to like it, but it's kind of judgmental against people who don't take time to look at the world around them. A little girl is always looking for fairies, but her parents tell her she'll never find them in "cement and weeds." But she does. And she invites them to tea. And her mother makes tea and cakes for them, even though she doesn't seem to be able to see them, kind of humoring her child. The father pretty much ignores her and the playing because he's on his keyboard, "Clickety click. Clickety click. Clickety click." And the fairies sing a song, and then they leave because they're going to a gathering of fairies. They give her a little watch and nobody else can see it.

Pay attention to the world around you, because fairies are everywhere.