How I Learned Geography

Don't know much about geography... 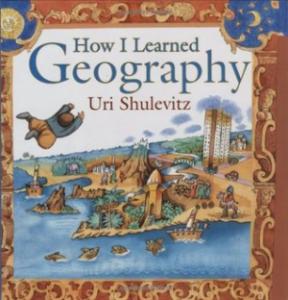 A little boy and his family leave their country, fleeing during a war to another country, taking nothing with them. They have no money. One day, the father goes to buy bread but he doesn't have enough money to buy very much bread, so he buys a huge map with the money instead. It doesn't make a lot of sense to the little boy, but the father hangs it on the wall and fills the room with color.

The little boy begins reproducing the map in great detail, and actually becomes an artist instead of that. He learns about the different countries, using the map as escapism from his situation. It shows how you can find hope in small things, and in art. Obviously the map was fairly inexpensive, if it was something he could buy for the same price as a piece of bread, but it's a small thing that transforms the boy's life. He becomes transfixed with it and lets it fuel his imagination.

It's an autobiographical story. The author says he was about 4 or 5 when the map was first bought, and eventually he became a well-respected children's illustrator and writer.

Even a small thing can change your life and spark your passion.