Stuff on My Cat Presents: Cats A to Z

Pretty good for an alphabet book. 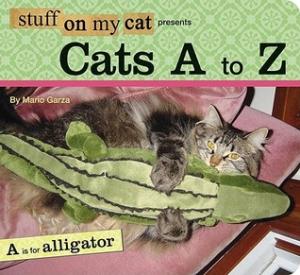 Good. I found this book while I was looking for books about cats, since my kid is really into cats. A lot of the books about cats, and also alphabet books, are pretty boring. But this one actually uses photographs of objects the child might actually encounter in their daily lives, some more common than others. It's been fun to see my kid learn these words as he's gotten older.