Gets sinister at the end. 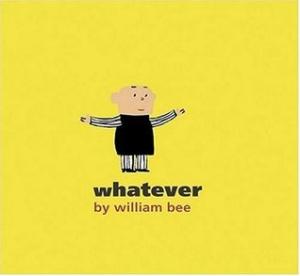 Wow. I was not expecting the dark turn at the end.

It's about a little boy and his dad, and no matter what his dad tells him, or shows him, he says “Whatever.” There's a tall giraffe, a small butterfly, curly trumpet, bouncy castle, train, and they fly to the edge of outer space. At the end, it's clear that his dad's getting really fed up by this, and shows him a tiger, and the kid says, “Whatever.” And the tiger eats the kid, and then the kid talks from inside the tiger like things do in fairy tales. “Dad, I'm still in here, you know.” And the dad says, “Whatever.”

If you look at it from an adult standpoint, it is funny in the same way as “Go the F--- to Sleep”, where it's funny because it's not something you would read to your kids.

Be excited about things or nobody will care about you.