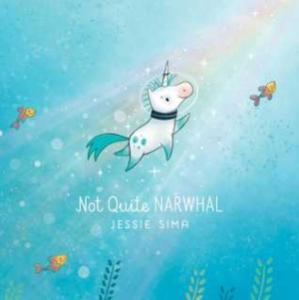 It’s a cute story. But I totally agree. Mostly we end up talking about fictional reasons why he would have been born in the bottom of the ocean( aliens, secret agent parents), why would his parents abandon him there. And we talk about how unfortunate it is that his friends know he’s a unicorn and never tell them. Your friends would probably like to know the truth sooner rather than later!