I can’t speak for others, but I think it’s a great book. 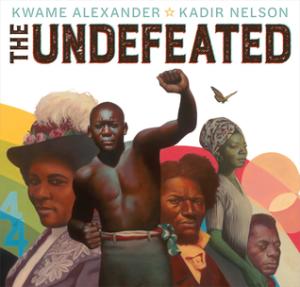 I'm not really sure exactly how to feel about this book. I'm not sure how to receive this book as a white person. I get a very strong sense that it's not for me, or my kids. I mean, there's a difference between this kind of book, where it's very clearly written for black children, and something like "The Snowy Day", where it's written about black children. I don't get the sense that it's written for all children, and that's okay. It's got a very targeted audience, and I'm not that audience. It just makes me unsure of how to treat this book in relation to other books. I certainly don't want to skip reviewing it. I get the sense that I could read this to my children, but it's not the life they live, so they wouldn't really fully grasp it, the same way I can't really fully grasp it. I try to explain to them as clearly as possible why and how life in America is different for black people than for us white people, but I'll never be able to speak for black people any more than they can speak for me. I'm an outsider to the culture.

I guess I wish there were more books written by black people and other minorities that were targeted towards white people. I'm not saying we deserve them or anything, but it could really be helpful to bridge the gap. I don't see white people writing books about whiteness in the way that black people write books about blackness-- there are definitely good reasons for that-- but it makes books like this a bit foreign to me.

In essence, it's a poem that is illustrated with photorealistic illustrations of real people, often famous historical figures, with a breakdown at the end of who all the images represent. There are a lot of athletes, presumably because sports is one arena where black people have been able to find a bit of a foothold for celebrity. The poem is basically about the history of black people and overcoming difficulties, adversity, and discrimination. It mentions the Civil War. It uses the phrase, "Black lives matter." And it was published in 2019, so it was before the 2020 protests and riots, before it became as widespread among all races. It ties the protests of a few years ago together with historical marches. There's a depiction of the layout of a slave ship. There are depictions of people who were killed in shootings, and children who were killed in a church bombing in 1963. There are pictures of people like Trayvon Martin. Obviously Martin Luther King, Jr. is in there. There's a whole page of athletes, a whole page of musicians, and at the end there's a depiction of children.

The overarching theme of the poem is that so many black people have been through horrible, horrible things in this country, but they haven't given up, and that's inspirational. And I don't mean that in a condescending fashion. Obviously, I can't judge how I would receive this book if I were black, since I'm not, but I feel like I would be inspired. And I feel like it's the kind of book I would read to my children if we were black, because it faces reality head on, but it comes away with a positive message, one of perseverance and courage, and determination.

Clearly, clearly we need books like this. But I feel almost like I don't have the right to talk about this book. And if I were famous, and I had a large platform, this is the sort of thing where I should turn over my platform to people of color to give their own interpretations of this book. But I'm still a relatively unknown reviewer, and I don't have much of a platform to speak of. So my own opinion is that it's very well-written, and the art is top notch. It seems very powerful to me, an outsider, and I hope it comes across that way to most black people as well. It's a wonderful, beautiful book. And the problem with relating to it is all my own.

There are a lot of powerful figures to look up to in black history, and young people in the black community can look back and take inspiration from those figures in their effort towards true equality.